English copper pie moulds were most commonly used in the 19th century kitchen. Pie crusts were traditionally made of a hot water, fat, and flour mixture, and the pie itself contained a filling of meat, game, or fruit. The crust was soft and malleable and easily shaped in to the sides of the mould, filled and lidded with more dough before baking.

The most sophisticated moulds were made of copper and had decorative sides and a metal bottom ( most of which did not survive intact with the moulds). In fact, in the upper-class households the pastry shell of a game pie was not eaten , but given to servants. The moulds were hinged so that the pattern would not be ruined when the baking was complete. This particular mould is quite rare. The mould is English, oval and has the Benham orb and cross as well as the pattern number, 23, embossed into the mould. It is decorated with an antlered buck and a doe as well as grass and trees.

Please see the following photos and recipes for more information. 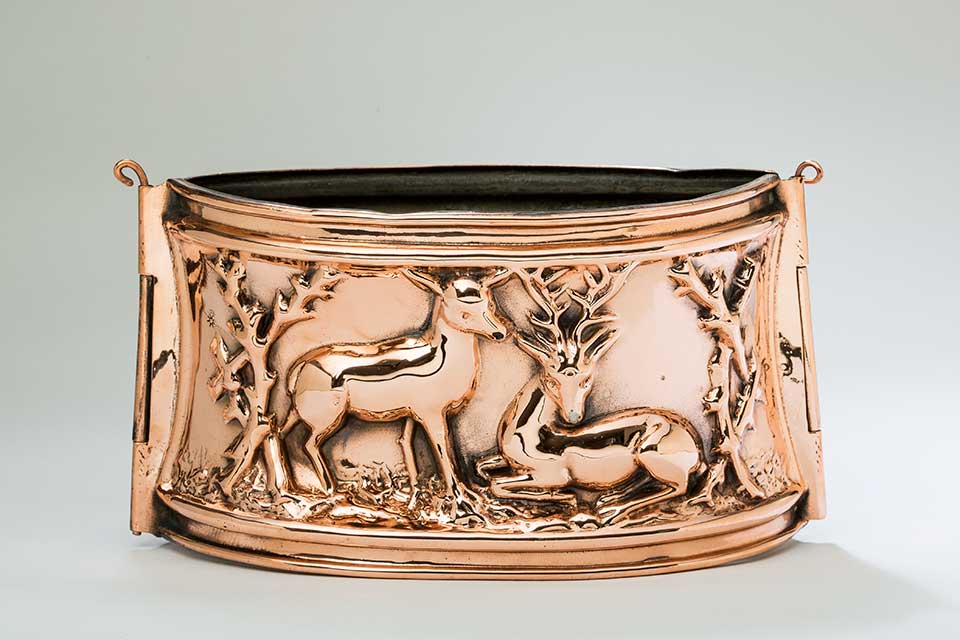 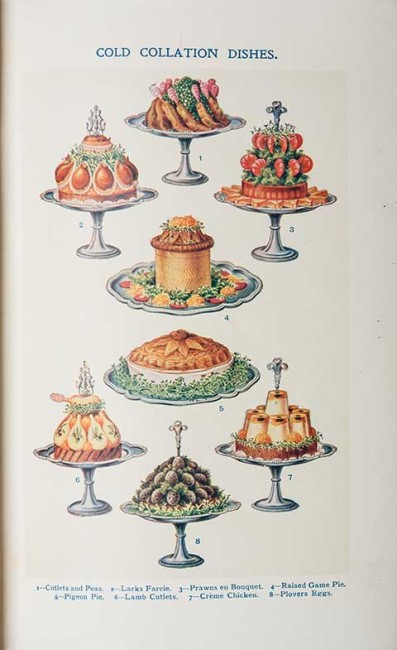 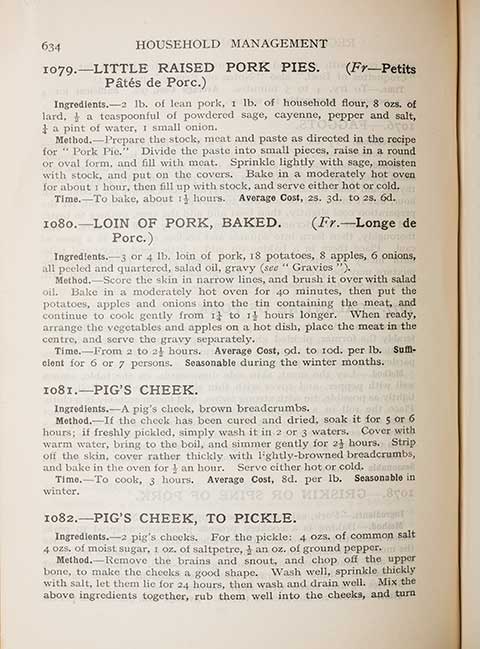 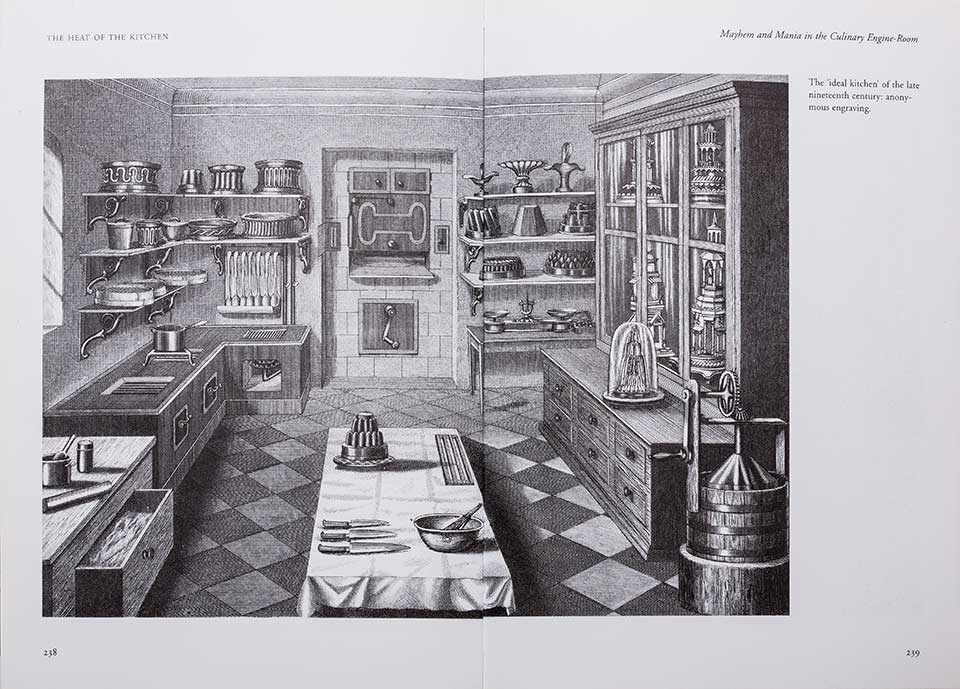